Folow us on social

Skin at all ages

In this post we are going to talk about the periods of our lives in which the skin undergoes more changes: during birth and first months of life, in the adolescence and throughout maturity.

During birth, babies pass from a dark, warm, sterile and safe womb to the dry, cold, bright and full of bacteria atmosphere. Therefore, the first few days are crucial for the newborn’s skin to acquire all the features needed to adapt and survive in this new environment. In this process, the substance known as vernix caseosa plays a pivotal role. It consists of a mixture of water, proteins and lipids that is formed in the hair follicles during the last trimester of pregnancy and covers all the baby skin until birth, when it is removed by sanitary experts. The vernix allows the development of the outermost layers of the skin avoiding the damage caused by the aqueous environment in the uterus. Moreover, it has been shown that this substance protects the skin from dehydration and infections thanks to the antimicrobial agents in it (1, 2).

Moisturizing of newborns’ skin decreases drastically in the first 24 hours and afterwards, it starts to increase for 2 weeks. This makes newborns’ skin significantly drier than that of children or adults. Other skin features such as pH or thickness are also developed during the first weeks of life (2).

Adolescence is the period of life that takes place between childhood and adulthood and it is mostly characterized by being a phase of physical, psychological and social changes.

Even though it is difficult to establish strict age limits to define this period, the WHO considers that adolescence starts at 10 and concludes at 19 (4). However, and despite these parameters may vary among different people, some professionals consider that the period of time comprised between 9(girls)/11(boys) and 13 years old could be a previous step to adolescence, known as prepuberty. Moreover, in western countries, it is usual to delay the transition age from adolescence to adulthood due to social factors, typically related to maturity, such as end of studies, job stability, paternity or economic sufficiency (5).

In any case, the hormonal changes and the lifestyle typical of adolescence that affect directly to our skin can take place from 10-15 to 25-30 years old. In this post we are going to try to explain some of them.

Many skin functions are influenced by the presence of sexual hormones, especially androgens, estrogens and progesterone, which increase their expression during adolescence, for instance:

An imbalance in the levels of hormones can lead to skin problems. For instance, hyperandrogenism is associated with acne, seborrhea, hirsutism or androgenetic alopecia. The opposite event, an excess in estrogen levels, could imply aging, skin pigmentation, hair growth and skin cancer (7).

Additionally, during adolescence we start to take care of ourselves and sometimes we tend to neglect it. In the childhood, our parents moisturize our skin daily and they remember to protect us from sunlight during summertime. When the adolescence begins, these responsibilities are transferred to us and most of the times we forget our skincare. In fact, many people admit that the period of time when they got more sunburns was during their adolescence. This, added to bad eating habits (excessive consume of fat or regular alcohol consumption) or few hours of sleep, can turn into the development of skin disorders such as acne, oily skin, rosacea, etc which, indeed, are very frequent at these ages.

During late adulthood the first consequences of the damages our skin suffered when we were young appear: wrinkles, pigmentations, moles that require follow up, etc. Interestingly, this period is usually the one when we care more about our skin. After all the “crazy things” from our younger lives, we become aware of how important moisturizing and the protection of the skin is.

Skin aging is a slow and gradual process influenced either by intern or extern factors and that results in the loss of structural integrity and the physiologic function of the skin. External factors are those whose effects can be controlled such as sun exposure, hours of sleep, smoking or eating habits. Intern factors are those related to human beings and, therefore, unchangeable such as genetics (8).

Nevertheless, skin features vary among people and that also affects aging. The biology complexity of the skin makes it difficult to have an efficient skin type classification method. Traditionally, the skin has been classified into normal/dry, oily and combined but, what does this imply in a mature skin?

Generally, dry skin is normally thinner due to the less water content. This lack of water hinders the solution of the filaments that bind the most superficial cells, causing a skin exfoliation and the aspect of fish scales. Besides, dry skin usually develops cracks that could facilitate the entrance of microorganisms (8).

In contrast, oily skin is thicker and has a brighter aspect. Sebaceous glands in this kind of skin type are constantly producing sebum which, on the one hand, promotes the appearance of blackheads or comedones, even during adulthood and, on the other hand, it prevents cracks and peeling off (9).

However, the high variability observed inside each skin type in this classification promotes that the dermatologist community, especially in the last years, have tried to seek new classification methods based on skin texture, pigmentation, hydration, wrinkles or pores.

Besides these basic features, it should also be considered that there are differences between men and women’s skin. These differences are mainly due to the differential expression of sexual hormones, which makes men’s skin typically thicker than women’s.

What does “skin memory” mean?

Sensitive skin: what it is and how to care it

5 curious facts about your skin 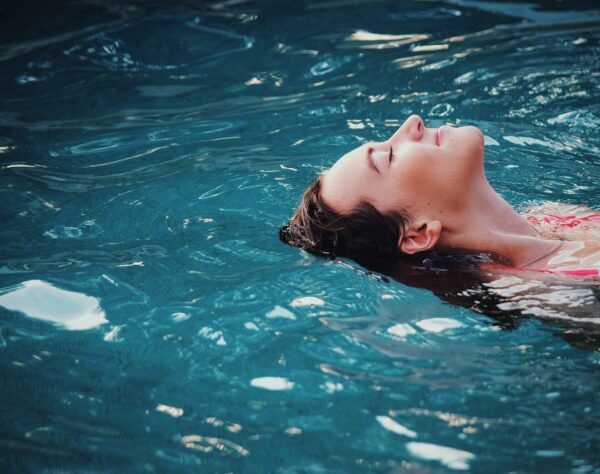 Sensitive skin: what it is and how to care it